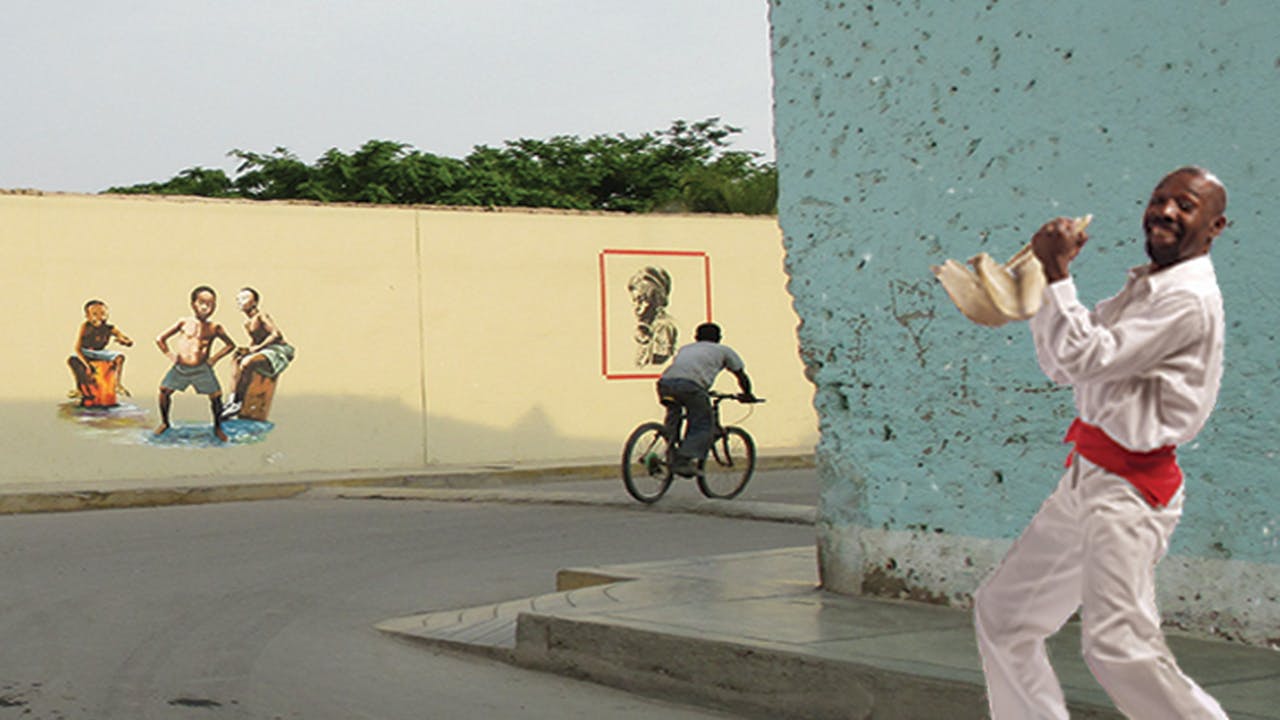 A Zest for Life: Afro-Peruvian Rhythms, a Source of Latin Jazz - EDUCATIONAL

This is the first documentary I made about Afro-Peruvians. It focuses on the dance, and on the history of the Afro-Peruvian community. One hour long, it screened in four festivals and was runner-up for the prize of Best Documentary in the San Diego Black Film Festival. It has also been broadcast over individual PBS stations.

"A Zest for Life" stars Lalo Izquierdo, who is one of the three principals of my later documentary, "Masters of Rhythm." Izquierdo's talent, chrisma, and knowledge of the history and culture of his community, shine forth in this film. In "A Zest for Life," Izquierdo is ably complimented by singer-songwriter Jorge Luis Jasso, by bassist Vladimir Vukanovich, by the performing group "de Rompe y Raja," and others.

Filmed in the USA and Peru. In Engish, and Spanish with English subtitles.