Skip to main content
As a child, we traveled a lot and when I was a teenager, we lived in France for a year. Ever since then, I've been interested in other cultures and creating bridges between cultures. My videos are a reflection of these interests, plus I love of music and dance and believe the arts are a wonderful way to communicate our differing values. When I decided to turn to become a filmmaker (after three earlier careers including several years as a history professor), it was natural for me to create work focused on different cultures, and on the arts. After all, learning about others can be a great pleasure, and opens doors to different ways of doing things. I hope my work brings as much pleasure to you as it has to me. Eve A. Ma
✕ ✕ 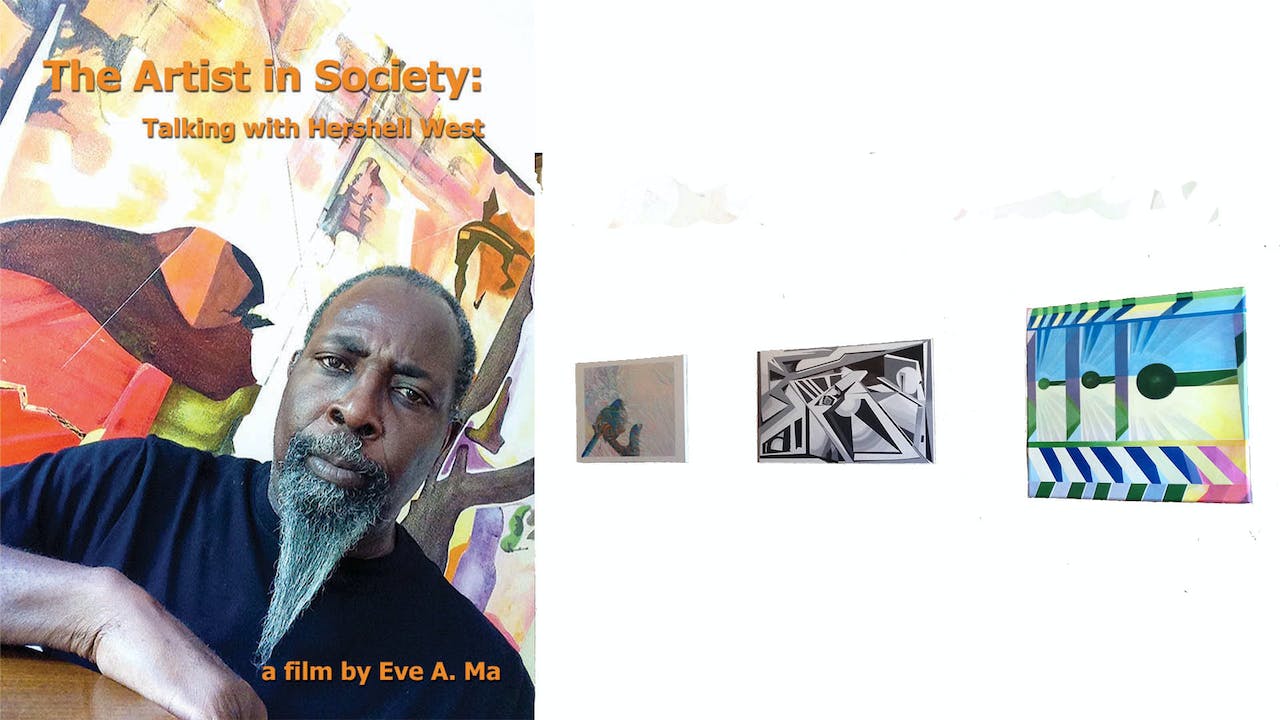 The Artist in Society: ....-EDUCATIONAL

This revised version (new material, tighter editing) of our one hour documentary looks at San Francisco Bay Area artist/muralist Hershell West to uncover his art and the ways in which artists contribute to society - through their paintings and murals, and through their teaching and their advocacy for the arts. Adding special interest is the fact that West, a black man, was born and raised in the segregated rural South, giving him special challenges when embarking on his career.

Neither West's family nor his community - nor the larger society - expected him to become a professional artist. Defying these expectations, West obtained an MFA in fine arts at the University of South Florida after a stint in the military, which earned him GI Bill support, and the ability to pursue higher education. In Florida, in addition to painting canvases and the City of Tampa's first public art mural, he worked on outreach in the arts for his university.

After he finished his degree, he moved to California in order to continue to grow as an artist. There, he soon found himself not only painting, but also teaching art and working as chief assistant to well-known muralist John Wehrle.

Over the years, West has been commissioned to create his own murals while also continuing to collaborate with others. He has taught art to at-risk and other youth, served on several arts commissions, chaired the board of directors of organizations such as the Richmond Art Center and ProArts of Oakland, helped found an annual exhibit called TAOLB (The Art of Living Black) and generally immersed himself in the local arts scene.

Now in semi-retirement due to health reasons, he has a long and meaningful career to look back upon.

NOTE: The annual exhibit "The Art of Living Black" has changed its name and is now called "The Art of the African Diaspora."