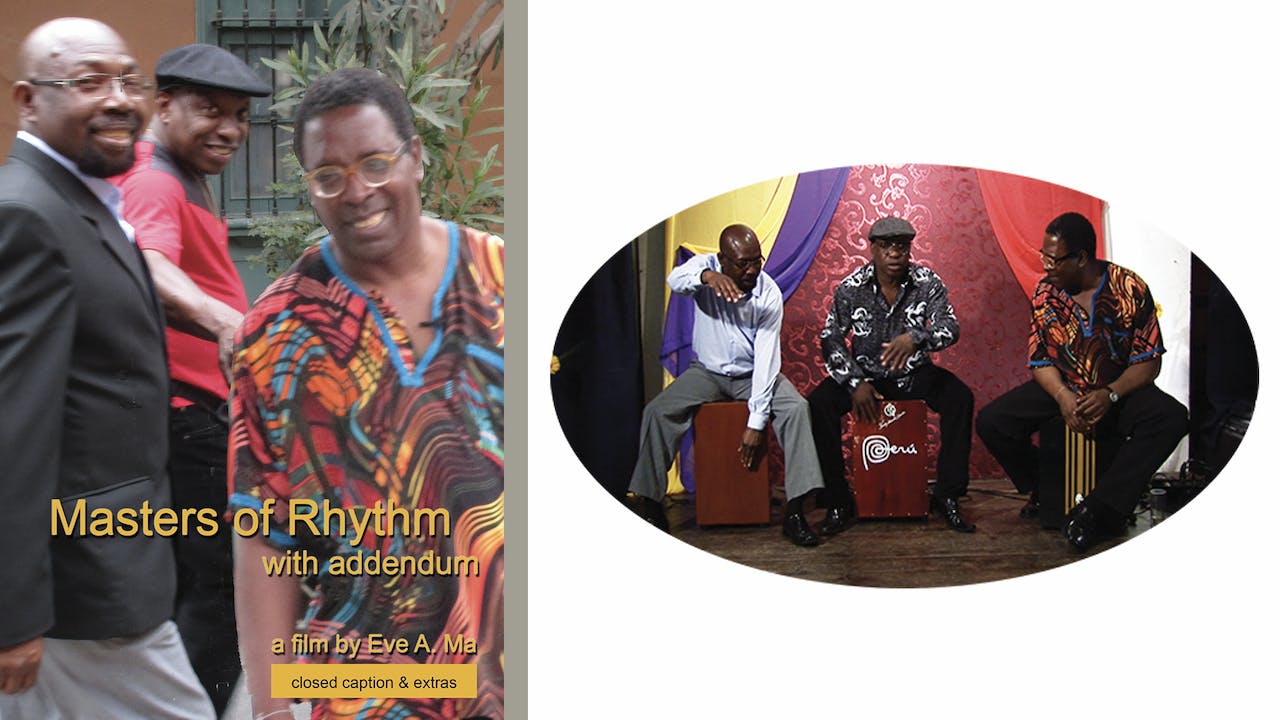 Masters of Rhythm: the Afro-Peruvian Way

This documentary, shot in Peru, features three fantastic and charismatic percussionists from the Afro-Peruvian community who jam, shoot the breeze, and inform us about their music and how they learned it. Short interviews, and shots of Afro-Peruvian towns, add to our understanding of the culture. It is a fascinating part of the African Diaspora!